A winning intuition from the United States is to create boxes with selected ingredients, correct doses and ready for preparation. Not just soups in a jar to be heated on the stove, but lots more: a can of raw materials with the recipe, plating up tips, the wine pairing; everything that you might need in few and easy steps to make a “restaurant dish” on your home table. The box is delivered to your door. Beyond the ingredients and the recipes, inside it you also will find a link to a video where the chef accompanies the final consumer step by step to prepare the dish, from cooking to service, with also lots of decorations. 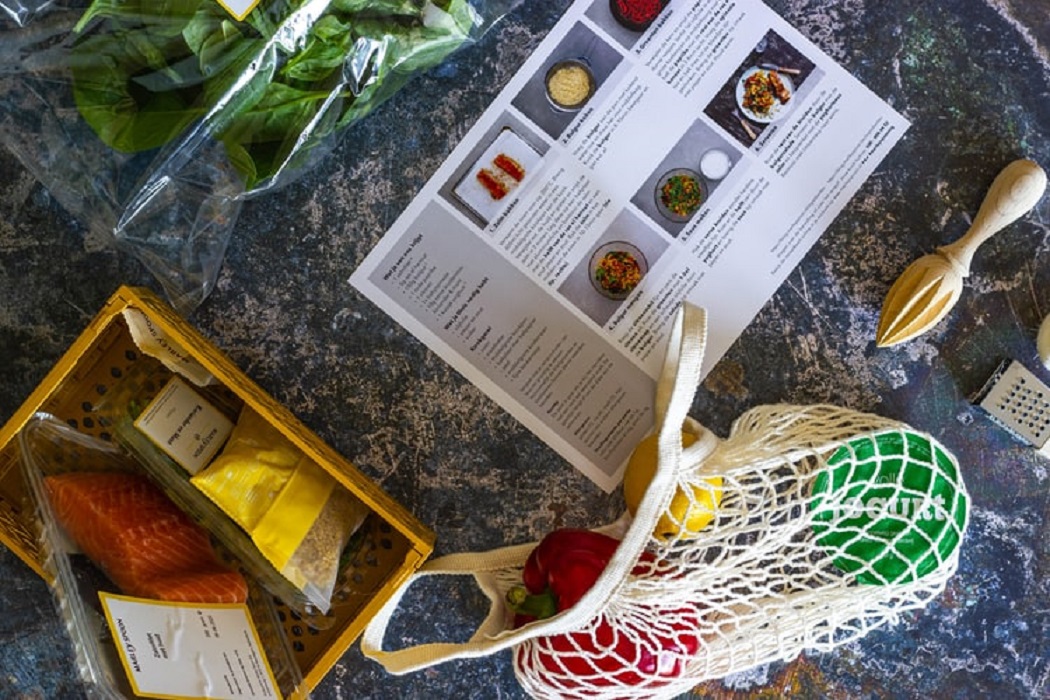 The Selection is large

There are some ingredients to cook or others simply to heat. The range is wide  from low-calorie options like fruits or vegetables, as well as sushi, cheese, soups or centrifuges; but there are also pizzas, burgers, cuts of meat for a home barbecue, some ethnic dishes and kits to make cakes with the help of the children. You can also receive anything you need to follow a certain diet, which might be gluten free, vegan, protein, for vegetarians, for pescetarians or people with food intolerance…

Prices? From 4 to 130 dollars per meal, usually measured for 2 people.

Amazon, for example, has made an important agreement with GDO giant Whole Foods Market creating AmazonFresh: organic food boxes  under 10 dollars to deliver. With different prices, some famous chefs join the initiative one of this is the British Charlie Bigham, who has created a semi-ready meal consisting of Cornish lobster, fish washed by 2003 Dom Pérignon , Alba truffle and Beluga caviar. Everything is adorned  with an edible gold leaf and accompanied by two spoonfuls of mother-of-pearl and an assortment of oysters.

Recently U.S. supermarkets have been successfully experimenting this sales strategy. According to a study by a Technomic, a research company , the global revenues within the end of 2020 are expected to reach USD 10 billion,  as in 2018, they have already gained, worldwide, 24 millions of customers of all ages . The largest market share is the U.S., is  a startup founded in New York in 2012 with players as Blue Apron. But also Germany plays an important role in the industry thanks to HelloFresh. Finally, a curiosity: The New York Times has begun a partnership with the start-up Chef’d. The magazine offers its rich cookbook together with Chef’d which takes care of the preparations.