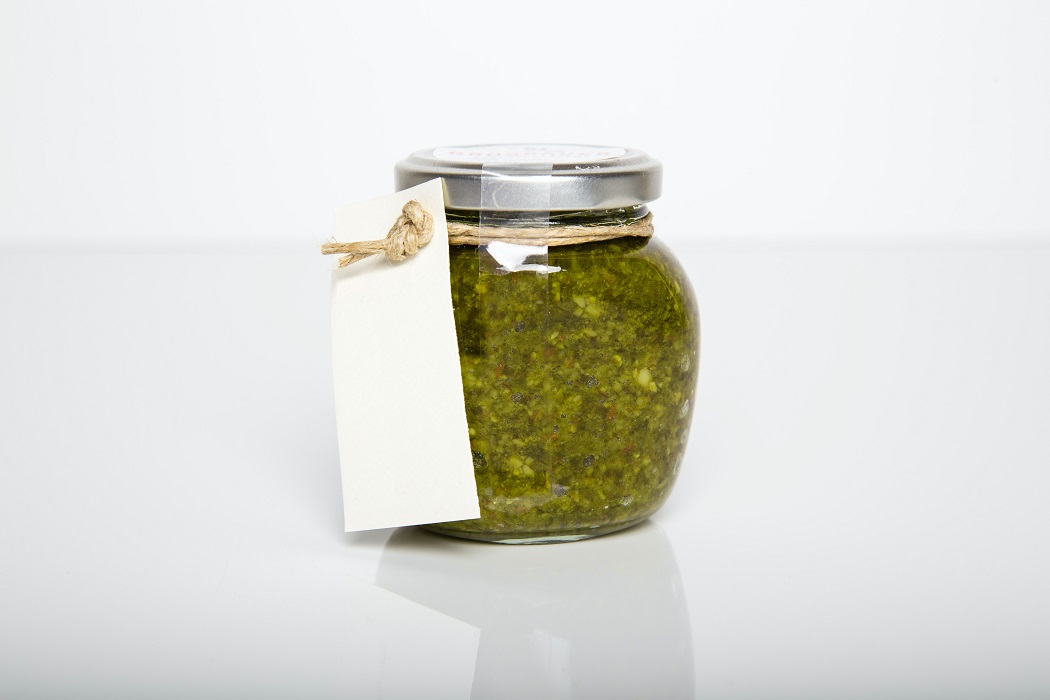 A tasty and a fresh dish very famous on the Italian tables is pasta with pesto: it is a healthy and complete food that adults and children like. Probably not everyone knows that the pesto recipe, as we know it today, it’s relatively young; in fact, it seems to date back to the mid-19th century and to derive from the centuries-old passion of Ligurians for the aromatic herbs.

The Legend also tells of a friar of the convent of San Basilio, on the Genoese heights, who, stepping on the aromatic grass typical of those areas with other ingredients, obtained the magical cream whose main ingredient is precisely basil, a plant of Arab origin with the botanical name Ocimum basilicum, or regal grass. Others believe that pesto is an evolution of an ancient 13th-century recipe called “aggiadda” a garlic-based mortar sauce used for storing cooked foods.

The reputation of pesto in the world is due, among other things, to the crews of ships sailing from the port of Genoa to the Americas and other destinations where garlic was not wrongly believed to have a medicinal function. Thing that made its use particularly popular. The fame of Pesto Genoese style clashes with a large series of adulterations, in fact pesto is one of the most copied sauces in the world. In fact, the main ingredient of Genoese pesto, namely basil, is protected by the protected designation of origin “Basilico Genovese DOP “, obtained in 2005 after a recognition process that lasted over six years, but the pesto recipe is not protected.

The consequence of this is that you can find on the markets many different versions of pesto named “alla genovese”, genoese style  but produced with almonds, walnuts or pistachios instead of pine nuts or with common cheese instead of Parmigiano Reggiano or Pecorino Romano, as well as the addition of oil of from Tunisia, Morocco, Chinese or Mexican garlic and above all without  Genoese Basil DOP,  but using  alternatives herb from third countries.

Not to mention the presence of mineral oils, pesticides or high levels of hydrocarbons which are extremely harmful to health. So be careful when you are buying this delicious sauce made in Italy; let us trust only national producers with quality marks. Let’s try to make pesto at home: after all it only takes a few minutes, genuine ingredients and the inevitable good appetite!

This website uses cookies to improve your experience while you navigate through the website. Out of these, the cookies that are categorized as necessary are stored on your browser as they are essential for the working of basic functionalities of the website. We also use third-party cookies that help us analyze and understand how you use this website. These cookies will be stored in your browser only with your consent. You also have the option to opt-out of these cookies. But opting out of some of these cookies may affect your browsing experience.
Necessary Always Enabled