LIVIA POMODORO: THE DRIVING FORCE IN THE FIGHT AGAINST HUNGER | 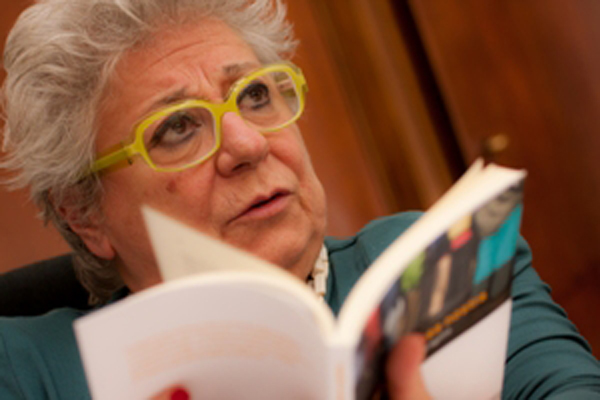 LIVIA POMODORO: THE DRIVING FORCE IN THE FIGHT AGAINST HUNGER

We interviewed the President of Milan Center For Food Law And Policy, the International Center for Documentation and Study on Food Rules and Public Policies. Born in 2015, the Milan Center collects, catalogs and archives, in a systematic and updated form, both public and private documents on the subject of the right to food; registers and actively participates in the debate on issues related to the sustainable development objectives and the 2030 Agenda. The goal is: to make available to scholars and citizens the words of law that States and national, international and multilateral bodies write on the matter of nutrition.

When it comes to access to food and drinking water, what is the current situation in the world?

Even though we have positive signs and an increase in the production of food per capita, we still see big differences among the countries when it comes to global hunger rates. From 2012 to 2014, 805 million people were chronically undernourished. Asia has the highest percentage of undernourished people with 525 million people suffering from hunger. Africa is the second with 227 million, followed by South America and the Caribbean. Just think about the fact that every 7 minutes one person dies of hunger or of causes connected to hunger. And this happens even though there is enough food adequate for feeding the Planet and even though the right to food (formally the right is recognized by the international legislation and informally based on the demand for food) is more fundamental than any other human right. When it comes to drinking water, the so-called “blue gold”, China, Nepal, India, and Bangladesh are competing for rivers flowing from the Himalayas. In Central Asia, Tajikistan and Turkmenistan are building (or at least would like to build) an enormous infrastructure above the watercourses that will likely threaten the countries in the valley, such as Uzbekistan. On the river Nile, Ethiopia is constructing “The Grand Dam- a Symbol of Ethiopia’s Rebirth” that could potentially shift the economy of Ethiopia but would limit the flow of Nile in Egypt. Argentina and Uruguay have a dispute over the Rio de la Plata in the International Court of Justice. Mexico and the United States are fighting over Rio Grande and the Colorado river, while Syria and Iraq are fighting over the river Tigris. And then there is China where the rivers of Southeast Asia start their flow and those are important to 1.5 billion people. The future of drinking water is under threat and along with it the good relationships between people.

Feeding the Planet is a challenge that the Milan Center for Food Law and Policy plans to achieve backed up by law. What kind of approach will you use? And where is it most urgent to ensure proper rules and procedures?

The right to food has to be backed up by law. If you think about it, all the actions regarding the food are governed by rules: local, national, and international. But, these rules, although consolidated and specialized, and influenced by the national and international justice systems, seem not to be able to tackle what the researchers call the drivers of hunger. The population growth and an increased pressure on the available resources, from the crisis in the food prices in 2007 and 2008 to the financial collapse worldwide, have taken the defense of the right that entitles everyone to healthy, safe, and sufficient amount of food and have transformed the relationship between the right and the food, into an urgent matter of human right to food. This regulatory question was calling for action and we felt we had to listen and understand it on the international basis to be able to contribute and secure the amount of food that is quantity and quality wise adequate according to the statute of the enforceable law. We started with this scenario a little bit less than a year ago and with an idea that we were looking for and we wanted to give the least amount of common rules. So, on the one side, we are doing networking based on the connection between food and right and on the other side, we want to support the fight for the right to give everybody the adequate food and to feed the Planet with the powerful and meaningful words of law.

Of course it would, since the trend has reached huge dimensions. At the end of April, an article in the Wall Street Journal talked about the food waste in America: in 2012, 36 million tons of food were wasted, a 20% increase compared to 2000 and roughly 3 times more than in 1960! But, U.S. is not the only country with this problem. The real turning point will come with a sustainable global food system, starting with the distribution chain management, which is not the only factor but it is very important. We also need a radical change in our consumption: we should eat better and less. Italy is trying to be a leader when it comes to this. I am referring here to “Banco Alimentare” and our research project, but also to the L’oro nel piatto, recently written by Andrea Segré.

What do you think about the seed copyright trend by some big international companies? Is it a real problem?

“Seeds protected by copyright” is a journalistic simplified formula concealing a real problem. It is about agricultural trademarks, like for instance Kamut. For a long time we have been patenting new vegetable varieties (an example is avocado Hass in 1935) and providing tools to protect intellectual property. One example is Carnaroli rice invented by Mr. De Vecchi in 1945. It has to do with exclusive rights, for a limited period of time, usually up to 20 years, whose purpose is to adequately compensate for what is known in economics as a public good, a good not adequately rewarded by the market. But, some aspects of this legislation are more than absurd, especially when the rules reward people with privileged positions by giving them incomes and generating a “seed war” which only harms little farmers – the base of agricultural economy. To prevent this, we need regulatory and political action. The multinational companies that own the rights on seeds are acting according to the international free market rules, and international law regarding the protection of the right to food, does not allow any contrary action. From this point of view, international law does not have proper tools to limit the actions of supranational economic entities. So, it should be rewritten.

How can we promote a new global governance on the right to food and on the food security?

What would help is policy actions even from the lower levels. A lot has already been done thanks to the society actions. So, for instance, a “Carta di Milano” is a big step ahead. For us from the Milan Center, it is a starting platform for the legacy of the Milan Expo 2015 that we would like to link with the Expo in Dubai in 2020. We are looking into the future with the aim to create a new governance for the right to food. Our goal is for that right to become “justiciable” and “actionable” by means of formal agreements that should try to defeat and regulate all the actions that threaten the right to food.

This website uses cookies to improve your experience while you navigate through the website. Out of these, the cookies that are categorized as necessary are stored on your browser as they are essential for the working of basic functionalities of the website. We also use third-party cookies that help us analyze and understand how you use this website. These cookies will be stored in your browser only with your consent. You also have the option to opt-out of these cookies. But opting out of some of these cookies may affect your browsing experience.
Necessario Sempre attivato