Specific tumor associated carbohydrate structures are commonly exposed in all types of human cancers. They are broadly expressed and highly specific and thus potentially very useful for diagnosis and therapy. Lectins are proteins of non-immune origin that selectively bind and recognize carbohydrates without modifying them enzymatically. In general ligand binding precedes the fulfilment of an important biological function, that in some cases is still not known. Although initially characterized in plants, lectins are ubiquitous in nature and have been identified in most living species, from viruses to man. Their sugar selectivity has been shown to be very useful and they are widely used in both basic and applied science.

Mushrooms have been an important staple of human diet since paleolithic times and recent years have witnessed the discovery and structural characterizations of many lectins of fungal origin with potent anti-proliferative effects on human cancer cells without any apparent cytotoxicity on normal cells. This activity is due to the selective recognition of specific tumor associated carbohydrate structures..

In recent years our laboratory has concentrated on the study of several lectins that can be purified from edible mushrooms that are commonly consumed in many countries of the world. In particular we have worked on lectins from the gilled mushroom commonly known as champignon (Agaricus bisporus), first species cultivated in France in the seventeenth century, on the highly valued wild king bolete mushroom (Boletus edulis) and on the widely diffused oyster mushroom Pleurotus ostreatus. Antineoplastic lectins are present in all these species and we have used X-ray crystallography and other Biophysical methods to structurally characterize the lectins and to analyze their interaction with carbohydrates. 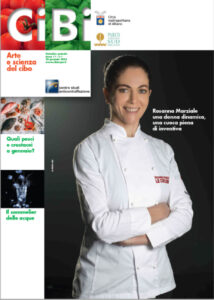