If we go back in time, we can see that many Great Exhibitions bring us from Europe to America and the East. Each of the Great Exhibitions had a different topic, but, at the same time, there was a connection between them because they shared a similar objective: to examine the most relevant questions and problems in different moments in history.

The first Great Exhibition took place in the British capital in 1851. It was held in Hyde Park, which, at that time, was the biggest public park in the city. Prince Albert, Queen Victoria’s husband, took the initiative to organize the event. Given that he was the president of the Royal Society of Arts, he decided to show the industry advancements and support the development of science and technology. All the countries were invited and many of them participated and brought their own products. The Great Exhibition in London was not just any kind of fair, open only to experts, but, for the first time in history, it was an enormous event open to all the countries in the world.

Obviously, London had to get ready to welcome so many visitors, from different social groups and different countries. In order to do that, the first idea was to build a place within the exhibition that would be large enough to hold big crowds. They built a structure where cold dishes, preserved food, sweet donuts and ginger drinks were to be served. “What a horrendous idea.  No one would find it appealing.” This is what Alexis Soyer thought about it. He was a famous French chef who transferred from Paris to London and was experienced not only in making high-quality dishes, but also in preparing dishes for big crowds. Few years before the Exposition in London, Soyer had organized special mobile food kitchens to feed thousands of Irish people who were affected by famine due to potato blight.

Soyer decided to open up a luxury restaurant called Gastronomic Symposium of all Nations, outside of the Exposition space, in a palace overlooking the Hyde Park. The restaurant offered sophisticated dishes to wealthy guests who could eat lunch or dinner in small salons or in a big and central frescoed salon decorated in gothic style. This central salon had a capacity to hold more than 1500 people at the same time and they had a chance to enjoy the sophisticated and extravagant performances. Soyer was so incredibly successful that people started calling him a “genius chef” and he continued to have a long and brilliant career.

By the editorial staff 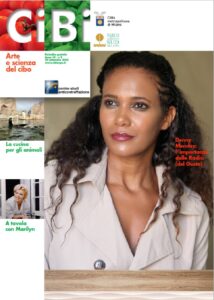